ARE IVF CLINICS TRADING ON HOPE?

In the news yesterday we saw claims that IVF clinics are exploiting older women by trading on hope.  The news report was in response to figures published by the  Human Fertilisation and Embryology Authority (HFEA) that women age 40-42 have a 9% chance of IVF success and if over 44, a 2% chance. 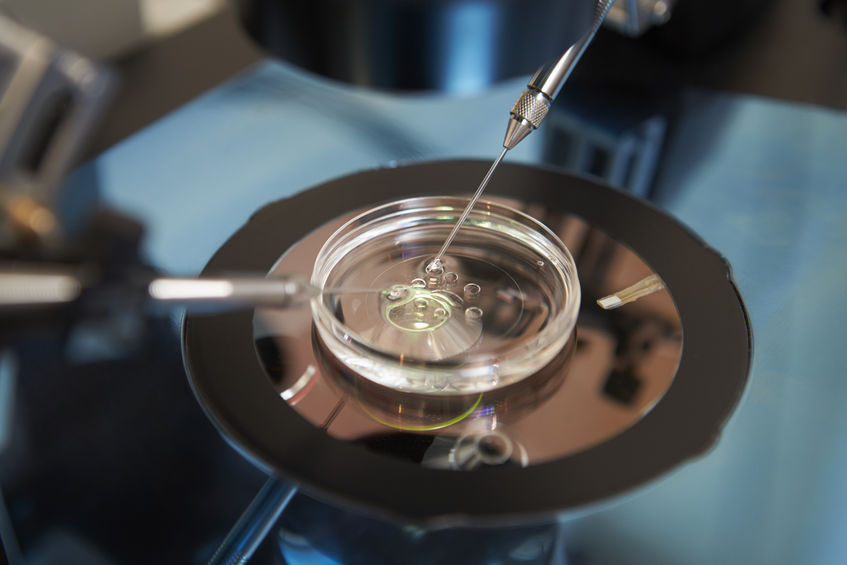 Sally Cheshire, Chair of the HFEA has urged clinics to be honest and transparent.

But are women being mislead, The only way I can see they are is if the results represented within clinics aren't true.  The success rates after all speak for themselves, don't they?

This is an incredibly sensitive and emotional time.  Even with such low odds, if you believe that this is the only way that you can potentially have a baby, what if you were the in the 9% or the 2%?  What if it could work? wouldn't you give it a go? The thought may be that it is your ONLY option, and increasingly, I am finding that this is what we are lead to believe?

So as I watched the news coverage ,   yet again it amazed me that only IVF was discussed.  Ok, so the item was about the success if clinics, but surely the discussion could have spread a little broader to pregnancies in your 40's full stop?

At no point in any of the coverage I saw or read, was an alternative suggested, such as  any information about natural fertility.  It was as though IVF was the only option open to you when you "couldn't get pregnant"

Can you get pregnant without IVF over 40?

Do you know how many women over the age of 40 fall accidentally pregnant? Well its more than the fertility rates for women over 40 suggest.

Why are they falling pregnant accidentally?

They are still producing eggs, and yes we know as we get older they are of lower quality.  But if someone is looking after themselves, can these eggs be a higher quality than someone who doesn't? Just a thought.

They may be falling pregnant accidentally because  they are not "trying". I know there are a variety of situations but let's look at those who were wanting to have sex.  They felt aroused, they are following their bodies natural procreation instincts when they were fertile.  perhaps it was just the once in the month, but biologically lead to the right time?

This can become a rarity when you are 'trying' , baby sex can lose its lustre. 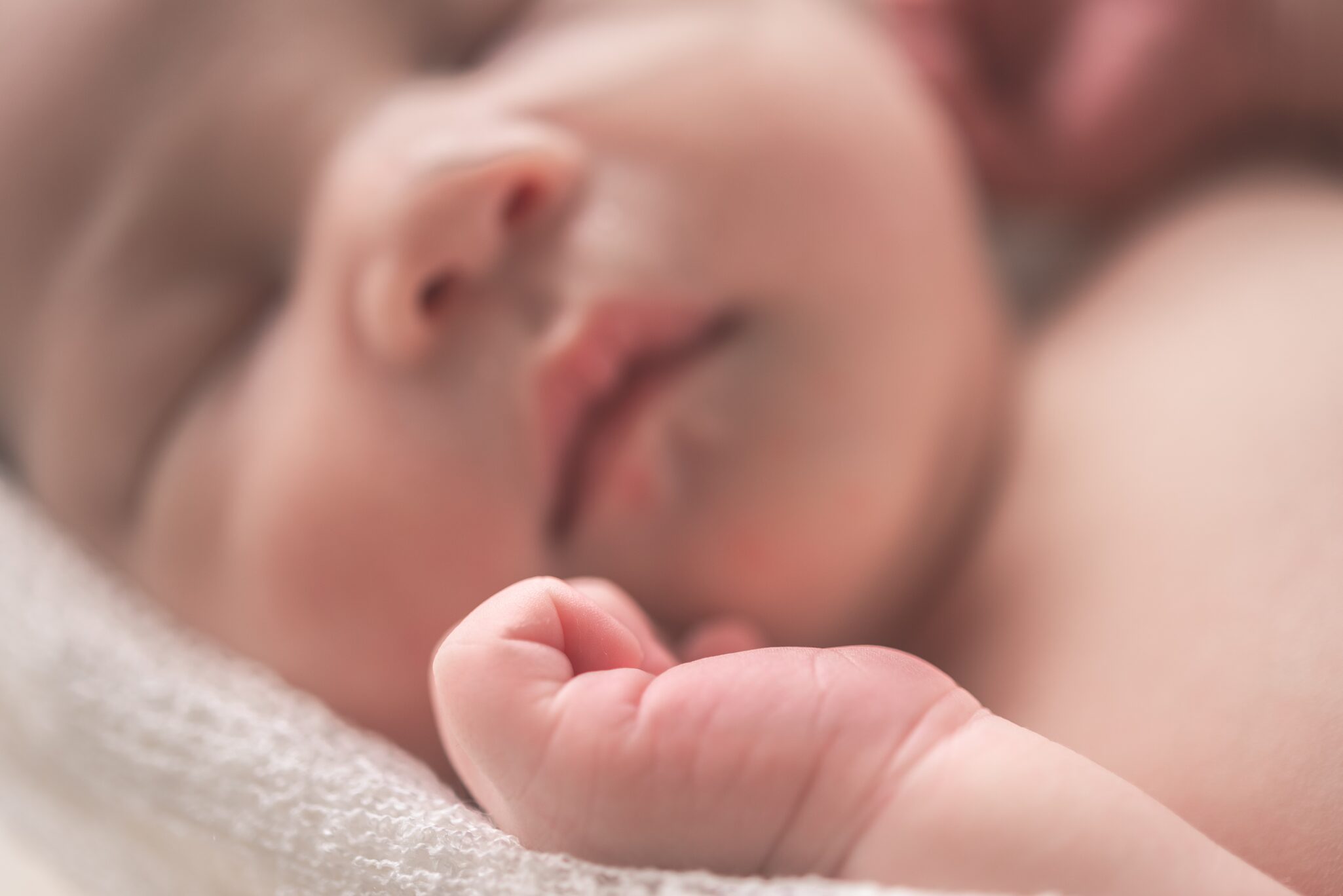 So, Can it be the "trying" that affects feRtility?

Absolutely, we know that chemicals are diverted when we feel unsafe, when our thoughts leads to emotions,   chemicals are produced that act as signals for body responses.  This instrinsic design is to put safety first and if we are not safe, fertility can slow or shut down.

Evolutionary this safety referred to physical safety, tigers near your dwelling perhaps.  But todays tigers as I often discuss, are the anxieties and stresses and fears we face, that create the same chemical response.

It is common for some couples to fall pregnant when they are waiting for IVF, the pressure is off for some. Also when they have had a family via assisted methods and have assumed they cant get pregnant,  suddenly there is an addition to the family.

If you fail to conceive in this time, you undergo a hormone profile blood test for the female and a basic sperm count and morphology for the male.

It is extremely rare, that at any point a discussion of natural fertility, health, intercourse timing, causes of hormonal imbalance, or pelvic congestion will be discussed, because you are in the system.  Don't get me wrong, it can happen and some areas are doing better at this.

Please do not misread this and think that I am against IVF, because I absolutely am not. There are thousands of parents who perhaps otherwise would not be, many of them my clients.  But, I am against it as an only option, and often seen as the last resort.  It saddens me that vital fertility design information is not given.

How successful is IVF?

Based on figures from the HFEA, during 2014-2016, IVF success rates were as follows:

There are so many variables at play here, specific conditions, genetics, diet, lifestyle, egg and sperm DNA, and so much more.

Natural fertility being seen as  an alternative Therapy?

I truly believe that due to the lack of understanding of how  our bodies work, their intrinsic design, and how todays lifestyle affects this, we are missing a trick.

Within our health care model we look outwardly before we look inwardly. We treat symptoms, not the cause.  Also, we fail to look at the mind and body connection all too often.

With limitations to access to treatment and increasing costs, it cannot be shown as the only option.

The fear that people will need IVF, the funds, the physical and emotional strain may in fact be a contributing factor to their lack of fertility.  Because as I said earlier when the body is in danger, the chemicals produced say, fertility is not vital. In fact  it's down right reckless and the body will shut it down.

It is incredible how many people people are unaware of the fundamentals of fertility.  And I'm not just  talking about sex.

I don't know about you but I swear that I was told that when I started my periods, that was it, I could get pregnant, and all I had to do was make sure I didn't, until I wanted to!

So are couples being exploited?

Absolutely.  Not necessarily by false hope, but by a lack of knowledge, understanding and the tools to address.  Quite simply,  they they are not informed about their fertility.  About the intricacies of the body, the endocrine system, how hormones are diverted, how DNA in egg and sperm can become fragmented ,the effects of inflammation, how their posture (not during sex) can affect things, how nutrition affects things, what Vitamin D does, how their mindset can affect things, and so much more.

They are being exploited by the lack of information they are provided with, right from the get go, from that period talk and beyond.

They are being exploited in thinking that IVF may be their only way, and that it will be OK.  They are even not given the full information during IVF, because that whole list of stuff we are not told about, might affect the success of IVF too.  Its not deliberate, its the health care model, we need to look inwardly

This is our health model, we treat symptoms because we have the technology.  In doing this we lose the whole picture.  We are not addressing the cause, because the cause is not being looked for beyond the standard tests.  We are being taught that we can access cutting edge health care interventions, so we have stopped looking inwardly.

It doesn't have to be either or, but it's time for an integrative approach.  Inform, explore and implement.

It's time for a Rewire..