Want to keep updated, click here to join the newsletter

The subject of today’s podcast is control, or more specifically, a sense of a lack of control of not being in control. Can you really be in control when trying to get pregnant? Do you need to be?

This episode is sponsored by The Fertility Rewire Self Hypnosis / Visualisation pack, one track of which looks at giving you control specifically, And this affects all aspects of life. But it becomes really, really prevalent for many people when trying to get pregnant because it is beyond your control. Now, as human beings, there is a need for a sense of control and a lack of this sense of control can leave us feeling powerless, that there is nothing that we can do.

Or it can make us feel what  we don’t want to be  and that is being powerless.

We want to be in control of our fertility and our emotions, perhaps we don’t want to be controlled. That’s another issue. And, this fear of not being in control.

I see this so much with many of my clients, not always fertility related. So I see people in my wider practice with regards to something they want to change about themselves. So we work on things like anxiety and weight loss and habits and phobias.

When I did a lot more reflexology, just during our chats,
something would come up that would indicate this need for control and many clients (and I find this a lot in fertility) actually say to me, that they are a control freak.

SIGNS OF THE NEED FOR CONTROL

There are things that I really wanted to try and pick about just a little bit today. Some of the things that you might notice about this need for control is that:

When we are experiencing this lack of control , it affects us negatively emotionally, as I’ve talked about before, the chemicals that are produced will make physical changes on the body. You are in survival mode and your fertility will be slowed or shut down while you are experiencing this.

Do you need all your ducks in a row? 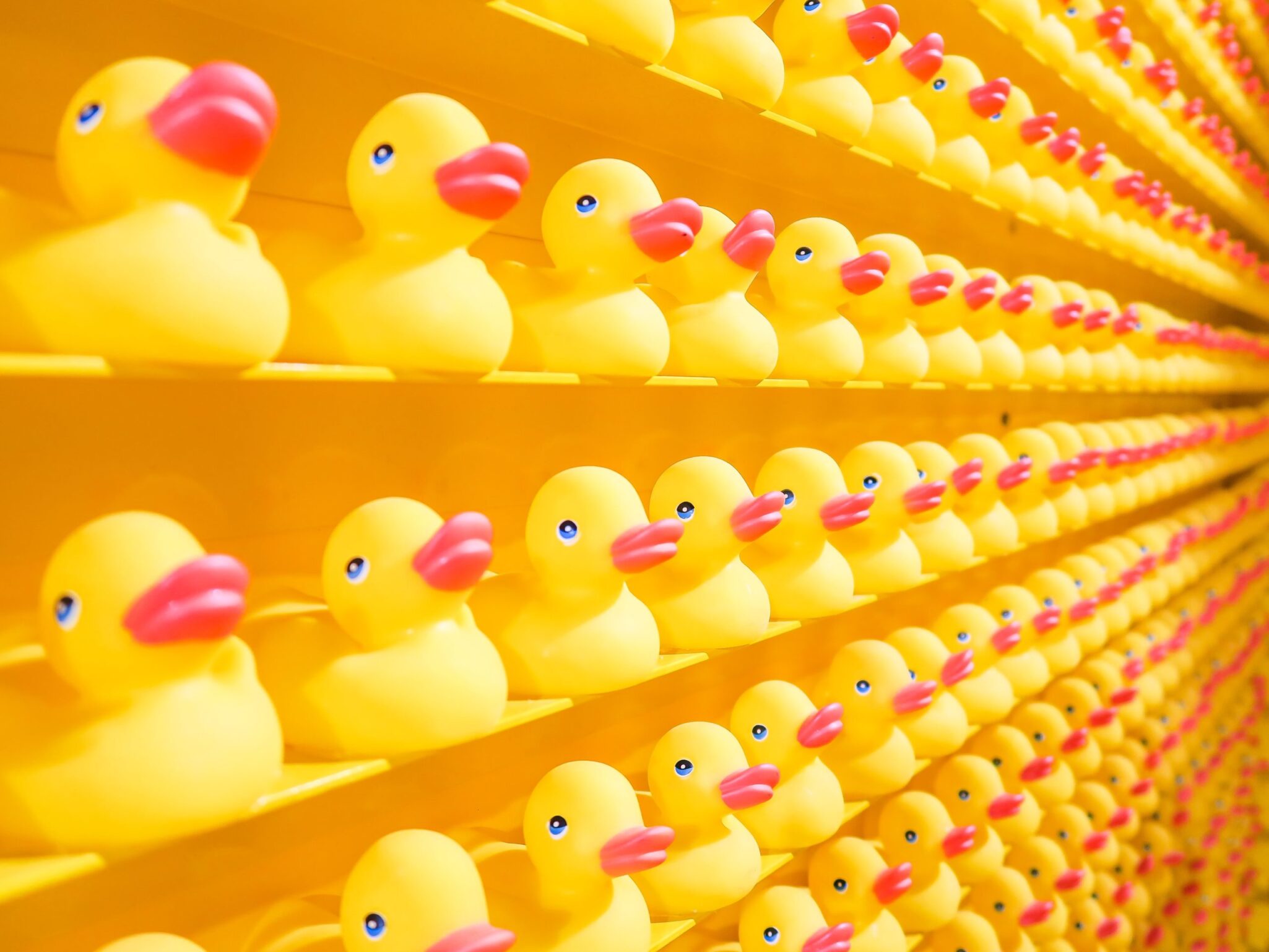 DO YOU NEED ORDER AND CLEANLINESS

One of the big areas that I will pick up on this need for control if it hasn’t been presented in any other form, if people haven’t said that already, or it hasn’t come up in a conversation is when I talk with people about changing their cleaning products in the house.

A look of horror comes across the face of a few people because they’re one of the aspects of control for them is this need for order and need for cleanliness that can involve some brutal chemicals.  When I suggest that they change to more natural substances, due to the hormonal disruptive nature of the chemicals.  Sometime it’s the need to smell the chemical that tells them it’s clean. So that’s one aspect. Is cleanliness a real issue?

And as I’ve said, completely normal as a human being, to need that sense of control, because what is in that is a sense of power and trust.

With power, you gain power by taking control and acting.

And that becomes a lack of trust.

SO WHAT CAN YOU DO ABOUT IT?

I’ve said that you can gain power by taking control and acting.

That can happen if you gain a true understanding of how things work and you know, one of the things thats a  big part of the Fertility Rewire programme and the work that I do.

And that first consultation is when I give people the information about how their reproductive system really works, the intricacies the interactions with other aspects of their body, how the emotional, how emotion affects fertility, how all those interplays are in place.

It can be a real lightbulb moment for a lot of people. And it’s “why did nobody ever tell me?” this issue of trust again, information, vital information, helpful information has been held back.

Information in itself is powerful. I think there’s a quote “information is power”Too much information can lead to a sense of overwhelm and when we experience overwhelm, we’re not in control.

It’s about getting the balance right.

For  some people that level of information is sufficient. “Here are the tests that I suggest that you have, these changes may benefit you, this level of self care, introducing this undertaking this may support you.” That’s enough.

But for other people, there might be a sense of questioning and I’ve said this to you before, you know, when you’re listening to anything I say, I would suggest that you notice the thoughts that come into your mind if there’s a significant thought with a positive. “Yeah, that’s great. I’m going to try that”. or negative. Well, that’s all very well for you to say, other people are getting pregnant and they’re not having to do that. And they’re not having to change that or why should I where’s the proof? The doctors aren’t supporting that.

What thoughts are coming into your mind and when I’m saying this, and it might be something that we need to delve a little bit deeper into and maybe support the emotional triggers that are occurring at that point because they come from somewhere.

And this is the thing with control. So everything comes from somewhere, you as a human being, learn from things that happen to you, your brain stores that memory to help you stay alive. So if you touch a fire, a wood burner, something like that, you burn your hands, your brain logs that as dangerous. Let’s not do that again and it becomes a learned behaviour.

Its the same happens emotionally. So if something happens and you have a negative emotional response that releases the stress hormones that we’ve talked about before, then that memory may get stored attached to that emotion if the response was significant. Because it doesn’t know what the danger was, but there was danger.

I see this with people with a fear of public speaking, something happened and often it was when they were four or five, first school play. They dropped the baby Jesus. And everybody laughed, some children would find that funny. Some children would really not like that at all, and feel uncomfortable, feel embarrassed. And when they are in front of a group of people, the brain says,

So you can see how our core beliefs are laid down.

CAUSES OF THE NEED FOR CONTROL

With regard to control causes of a real need for control for rigidity. And for the need for certainty and for perfectionism, this may come from a traumatic event.

So it might not seem huge, if you think about it now, but that four year old five year old may indeed find it really, really huge. And this is where a rewire really, really comes into place. Because you can just sort that memory  appropriate to the age that you were, reframe it and replace it, if that makes sense.

And so it can be

So it might be that these are areas that you can look into, and you can rewire and that’s certainly something that I do with people so if you want to know more about that drop me a line. And we can have a chat.

But perhaps we can just develop strategies. And one of these is comes from the Eastern philosophy of accepting what is now bear with me here… I want to sound  a little alarm alert at this point. Because I’m not saying, accept that this is it and there’s nothing you can do about it. I don’t mean that acceptance is giving up either. What I mean is accepting that this is what you are feeling right now in this moment. And there are lots of strategies that you can use to this but one of the most powerful is to implement some mindfulness now.

You know, sometimes people hear me say that and think, Oh, I haven’t got time to sit and empty my mind and it’s not emptying your mind. You can be mindful walking along, you don’t have to sit and do a meditation practice. Being mindful means that you are aware of what you are thinking in that moment.

So for example, what happens within mindfulness and mindfulness programmes and practice is that you can get to a point where you are able to say, here is the thought that Okay, so this is never gonna happen. This is never gonna work. There’s nothing I can do might be thoughts going through your head.

I’ll give an example. And this isn’t related necessarily to fertility in general.  So people who might think that they are not good enough.

‘I’m not good enough”. They say that and that’s so emotionally charged.

Then we move on to, “I notice I’m having the thought that I am not good enough”. And then the emotional charge becomes less and less. So, again, if that’s something you’re interested in, have a look over on fertility rewired calm, drop me a line, and it’s something that you can work with.

What I wanted to give you, a kind of insight into is where the need for control may come from. And it is innate in part. But if it’s really affecting you negatively, has it always affected you? Does it affect you in other aspects of your life? Or is it just flaring up when a stress response is in place? Do you need to look into where the issues are? And if so, then as I’ve said, drop me a line, we can have a chat. But let’s use some strategies. Let’s use some strategies and put those in place. Let’s be able to say, this is what I’m thinking now. This is what I’m thinking this is a thought. Okay. And we can build and work on that definitely.

Yes you can be in control or at the least gain a sense of control when trying to get pregnant.

So I hope that’s been helpful.

And if you’ve got any questions around control the feeling of a lack of control or anything about mindfulness, then just drop me a line.

I hope you can take something from it.

And we’ll do a more detailed episode about this concept of acceptance and about mindfulness based cognitive therapy.

One thing to add information is power. I will reiterate that it can be overwhelming though. So maybe it’s the trust that you need?

Want to keep updated, click he to join the newsletter