It was an absolute pleasure to chat with Professor Sheryl Homa this week on the podcast.

Sheryl Homa is an HCPC registered Clinical Scientist with a special interest in male fertility. She obtained her degrees in Biochemistry at Imperial College of Science and Technology and the Middlesex Hospital Medical School.

She spent a large part of her career as an academic research scientist in the field of oocyte maturation, funded by the National Institutes of Health in the USA. For many years she served as Scientific Director of several fertility clinics in the UK working in both the public and private sectors. During this time, she became aware that male fertility is considerably marginalised and as a result, opened Andrology Solutions in 2007, the first and only HFEA licensed clinic of its kind, dedicated to male infertility.

She has collaborated on many research projects and is the author of numerous scientific articles, abstracts and book chapters in the fertility field. Her studies include investigating calcium signaling in sperm and more recently, the role of oxidative stress and infection on sperm quality. Sheryl has been responsible for introducing and CE marking novel state of the art testing for male infertility, including a chemiluminescence assay for measuring seminal reactive oxygen species. Currently Sheryl is honorary Professor in Biosciences at University of Kent and consultant clinical lead for Andrology at The Doctors Laboratory.

This is about the health of your future child.

We talked about how sperm and eggs need to be as fit and healthy as they can be and how if the sperm or egg is damaged in anyway this passes to every cell of the child and this is an area that I talk about a lot with my clients: that we need to widen our vision looking further than just getting pregnant.  This helps us make the changes necessary.

Think of your sperm as pre babies

Sheryl said something that really made sense to me and she said that she advises her male clients to act as though they are pregnant so in the few months leading up to conception to think about their sperm as that they are carrying pre babies.

We know that 11 to 12 weeks is necessary for both the sperm and the egg to develop fully and so a preconception preparation plan is absolutely vital and she compared this to preparing for Wimbledon and saying that if you were going to compete at Wimbledon you wouldn’t just rush on and play would you? No, you would prepare with training, health and with the right equipment.  I’m a huge fan of an analogy myself, I’ve often used the example of how you wouldn’t ‘just run’ a marathon.

We looked at how it’s important to consider quality and not quantity and how this is important to maximise your chances of both natural and assisted fertility and we need the best quality egg and sperm.

We talked about the sperm analysis and how this is a crucial first step and provides great information but it only tells you if there are potentially enough and we know the parameters are low, too low, and if sufficient are moving. However, it doesn’t tell us whether the sperm is capable of getting to the egg or if it is capable of entering the egg or if it has the right triggers to ensure embryo development.

Resistance infertility circles was something that we discussed as well and this letters onto the resistance amongst the fertility clinics to undertake two very specific tests that give it so much information about the sperm in terms of fertility but also importantly in terms of miscarriage and how this really should be offered to all couples experiencing recurrent miscarriage and those tests are the DNA fragmentation test and the oxidative stress test on the sperm.

More than count and motility

Something that comes up for me with my clients and with something that we discussed is how some Doctors and clinics will say that even if the test showed DNA fragmentation or oxidative stress there isn’t anything that can be done about it, but Sheryl explained how there might be quite a bit you can do about it.

We discussed also how a condition called Variocele maybe a huge factor in terms of sperm quality, how a full clinical history should be taken for male partners, how women have an ultrasound but that men aren’t examined at all. How underlying infections which are not looked at are an underlying cause of conception and potentially miscarriage as well and how a microbiology test on the sperm is a crucial  test.

Of course we discussed the recent documentary by Rhod Gilbert ‘stand up for infertility’ Which led us to chat about physical issues and emotional issues. Not only emotional issues in terms of how they may affect sperm physically but the lack of support for men who are going through a fertility journey.

She mentioned a Facebook group the men’s fertility support run by Gareth Down which I would urge you to point your male partners in the direction of.

We chatted about some basic general advice at the start of a couples fertility journey and we discussed as you’ve heard me talk about before why trying to conceive at or just before ovulation may in fact be too late and how important a regular ejaculate is because stored sperm is in effect rubbish sperm, and that again it’s not just about numbers it’s about freshness and quality.

She will also explained how we were missing a vital piece in the journey and that your GP referring you to the fertility clinic straight away which is ultimately for assisted fertility is like going to your doctor with heart palpitations and the doctor saying let’s get you a heart transplant.

Something of interest that was pointed out in Rhod Gilbert’s documentary is that there are 8000 registered Gynaecologists in the UK and only 200 registered Andrologist. It is Gynaecologists with a specialism in Fertility that you are referred to at the Fertility clinic Considering an Andrologist looks at male fertility factors this clearly isn’t representing half of the equation is it?

She said something which I have been saying you will have heard me saying certainly my clients have heard me say but there is too much emphasis on pushing towards IVF when this may not be needed and if IVF is needed we should be paying more attention to improving the quality of the egg and the sperm .

You can find Sheryl at Andrology Solutions 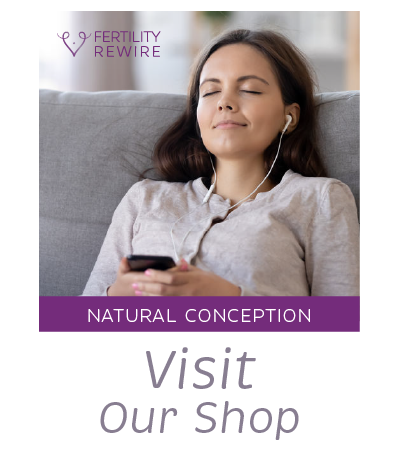 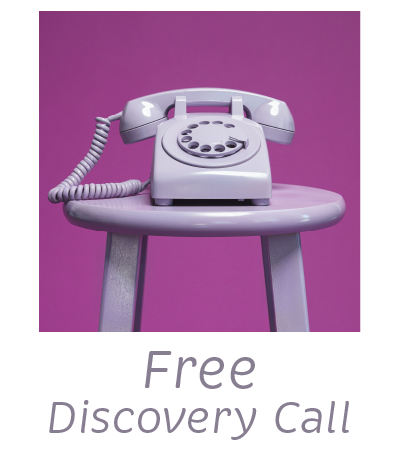